But this season, what fans and people around the world were treated to was one of the greatest comebacks in NBA Finals history. The Cav’s needed a comeback not just for themselves or for their team leader, LeBron James, but for the people of Cleveland to hope and believe again. It was reminiscent of one of the greatest comebacks in biblical history when Joshua led the Israelites to defeat the fortified and unbeatable city of Jericho.

Perhaps one of the most obvious questions to ask; apart from how the Cav’s and the Israelites did it, would be the learning points from their attitude towards an impossible – either assuming victory too soon, or admitting defeat too early. For the purpose of this article, we’ll try to go in depth through 3 Lessons Learned that gave the Cav’s the tenacity and the strength – to overcome all odds and become crowned as Champions of the basketball world.

LESSON 1. Against All Odds…

“We were able to put together some spectacular games down 3-1,” James said. “This is special. I kept that positive attitude. I don’t know why we had to take the hard road. Against all odds.”

As women, many of us probably face some “3-1” situations in our lives. We sometimes feel lost, we feel like there’s no moving forward; that we are in stasis and there is no hope for the future.

We tend to behave like everyone else – choosing the path of least resistance. But we fail on hindsight to see later on; that the path that offers the most resistance is the one with the most to learn from – which is our testimony –  and we stray away from it.

Face challenges head on. Acknowledge that you are on a journey; fall forward instead of falling backwards.

God reminds us of young David running toward Goliath (I Samuel 17:48). David did not try to avoid the challenge before him.  He faced Goliath head on.

After unraveling the Golden State Warriors in Game 6, LeBron James ordered the NBA’s camera crews out of the Cavaliers’ locker room in Cleveland and gathered his team together.

“This is a business trip,” he told teammates of Game 7, according to people in the room. James then closed his eyes, put his hands in front of his face, and exhaled: “One more. Just one more. Get me one more.”

Several team members were struck by the depth of LeBron’s emotion — how badly he wanted it now that his dream was so close and the strength of his belief that they could do it. Your faith and belief is contagious!

Often times we get blinded by the sheer mass of the challenge that we have to overcome, that we think that it’s us against the world. But it doesn’t have to be. It shouldn’t be. God is with us!

By being able to break the challenge down in small chunks, and then winning them one step at a time ensures victory in the long run.

“Every challenge you encounter in life is a fork in the road. You have the choice to choose which way to go – backward, forward, breakdown or breakthrough.”  Ifeanyi Enoch Onuoha

LESSON 3. Remember the source of your inspiration and your success.

A tearful LeBron after Game 7 had the following to say: “I set out a goal two years when I came back, to bring a championship to this city. I gave everything that I had. I poured my heart, my blood, my sweat, my tears into this game. Against all odds..”

“I don’t know why the man above (God) gave me the hardest road, but … the man above don’t put you in situations that you can’t handle. I just kept that same positive attitude. Instead of saying why me, I said this is what He wants me to do.”  Amidst all of the excitement of the championship win and overwhelming feelings of accomplishment, LeBron made it a point to praise God and to thank him for his hand in all of this.

As women continue to climb the corporate ladder, we get lost in our success, and forget to think and reflect; more significantly, we forget give thanks to whom we get our source of power and strength from. Our help and strength comes from the Lord!  The real challenge does not lie in overcoming the problem; but more so how much we’ve relied on God to lead us through the process of overcoming the challenge.

Takeaway: We ought to thank God for the team of people he has placed around who has helped us in our journey to become the victor; but most importantly, we thank God for giving us the strength to press toward the prize.

1 Corinthians 15:57  But thanks be to God, who gives us the victory through our Lord Jesus Christ.

In conclusion, many a times we feel beaten down, bruised, and small in the face of challenges. However, in times of trouble, VICTORS, like you and me, know and live this bible verse 2 Cor 4:8-9 “We are often hard-pressed on every side, YET NOT CRUSHED; we are perplexed, BUT NOT IN DESPAIR; persecuted, BUT NEVER FORSAKEN; struck down, but NOT DESTROYED.” 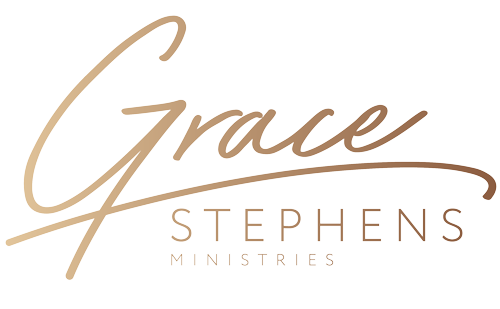 Book Grace Stephens for your Next Event/Project